Why Canada raced to get in on the CPTPP trade deal

The Comprehensive and Progressive Trans-Pacific Partnership, the 11-country Asia-Pacific trade agreement revived after being abandoned by the Americans, takes effect today.

Agrifood exporters and consumers shopping for Japanese cars could benefit right away. But Canada’s greater goals for this agreement are strategic.

“Right now, things are a bit sensitive with the United States,” said Brian Innes, the president of the Canadian Agri-Food Trade Alliance, the umbrella group representing most Canadian food producers — grain and livestock farmers in particular — who rely on sales to international markets.

The Trump administration’s decision to withdraw from the Trans-Pacific Partnership made the reworked CPTPP a far better deal for Canada.

Originally, Canada needed to be in the TPP to avoid falling behind its closest competitors. When the remaining economies — including Japan, a large, developed market where Canada couldn’t land a bilateral trade deal — stuck together, Canadians got a head start over the Americans.

Not all 11 countries have ratified yet. But six have: Australia, Canada, Japan, Mexico, New Zealand and Singapore. Vietnam ratified a few weeks later, so the CPTPP takes effect there early in the new year.

Some tariffs have now been lifted, or have started to phase out. More tariff cuts are set for early in 2019, improving price calculations for a range of businesses. But in Canada, the biggest winners are export-oriented farmers.

American farmers have noticed, and they aren’t happy about the new foothold Canadian farmers are about to get.

A future U.S. administration may reconsider and negotiate re-entry. In the meantime, it’s time for Canadians to work on selling in markets they’ve chased for decades, Innes said.

Chief among them is Japan, a highly-protectionist agrifood market. Beef tariffs there, for example, were 39 per cent. They aren’t going away completely, but they will slowly ramp down.

Canola oil will be free of tariffs in five years.

“Right now we can ship a lot of unprocessed, raw seed into Japan, but the tariffs on canola oil prevent us from value-adding and shipping canola oil to Japan,” Innes said. “It’s really amazing that it’s finally going to happen.”

Canada is already a leading pork exporter. Canadian pork may now be more affordable than comparable U.S. imports in Japan, thanks to the tariff cuts in the CPTPP.

As processed food tariffs lift in Vietnam, French fries from Atlantic Canada also get cheaper. The list goes on.

“Right now we’re shipping eight billion dollars of exports to CPTPP countries and we think we’ll see that grow by 25 per cent once these tariff cuts are implemented,” Innes said.

Two new shipping terminals are being built in Vancouver, he said — the first new ones in decades.

“The Canadian government wanted (the CPTPP) on the books during the NAFTA process to demonstrate to them that we can make a deal without them,” said Flavio Volpe, the president of the Automotive Parts Manufacturer’s Association.

But the CPTPP doesn’t do much for Ontario’s automotive industry. When the U.S. was part of the TPP (along with Mexico, which remains in the deal), this agreement superseded the original North American Free Trade Agreement (NAFTA).

But when the Americans left, there was little prospect of Canada and Mexico overhauling their highly-integrated supply chains to comply with rules different from what the Americans wanted, and recently insisted on, for NAFTA 2.0.

The reworked CPTPP is more of a bullet dodged for Volpe’s industry: the original TPP didn’t require a majority of car components to be sourced and assembled in North America, which held open the door for more Asian parts. NAFTA 2.0 works to close it.

“The USMCA [Trump’s preferred name for the revised NAFTA] all but cauterizes any wounds, assuming ratification and passage, that we would have endured because of the terms of the TPP,” Volpe said.

If anything, the U.S. wants to bring the Japanese under the umbrella of the new NAFTA rules to frustrate China’s growth. The automotive chapter could be overhauled if a future White House negotiates re-entry into the CPTPP.

But there is one automotive outcome worth watching: Canadian consumers eyeing Japanese models not currently assembled in North America might be able to negotiate a better price with their dealerships soon, as the current 6.1 per cent tariff on Japanese imports begins to phase out over the next four years. 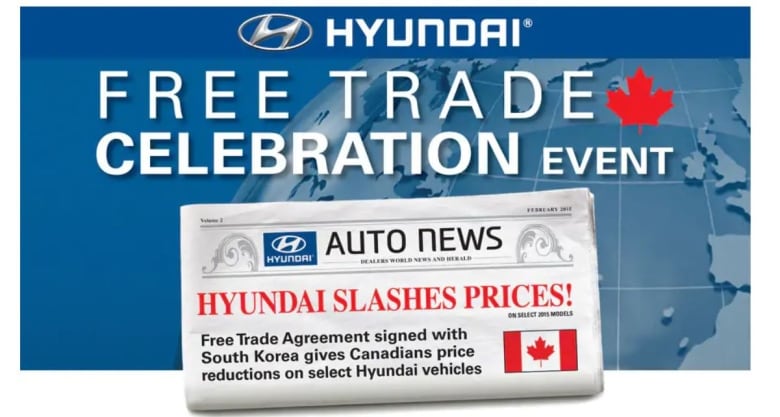 But if you’re not currently shopping for a Mitsubishi, what’s changing for you?

“Absolutely nothing,” said Carlo Dade of the Canada West Foundation, who has studied the benefits of the TPP for Canada for months.

The benefits from a deal like this — equivalent to another NAFTA, Dade said, in long-term potential — take years to materialize. “And they don’t often materialize directly into things like lower prices,” he said.

Instead, research suggests firms reinvest in their products, services and employees.

Professional credentials recognition for architects and engineers boosts the service industries needed by countries like Vietnam as they develop new infrastructure. And emerging middle-class populations in Asia are starting to purchase things like insurance, a globally-competitive industry in Canada.

In global service industries, people need to be able to cross borders for work.

“Good luck trying to get a Malaysian into the U.S. for three months to actually work in an office,” Dade said. With the CPTPP, “we’ve got that advantage over the Americans for the entire Pacific Rim.” 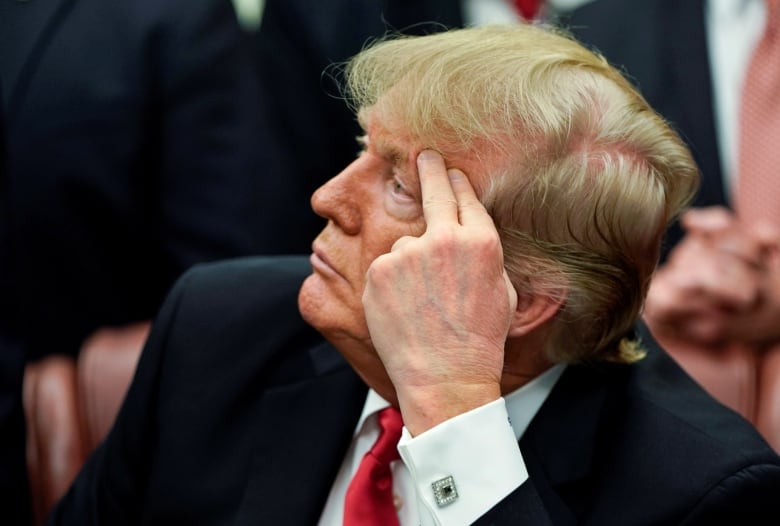 U.S. President Donald Trump pulled out of the Trans-Pacific Partnership in the early days of his presidency. But a future president may decide to re-negotiate an American re-entry, especially if the deal succeeds in its goal of providing an alternative to China’s economic dominance in the region. (Joshua Roberts/Reuters)

“The bigger companies, yes, are ready,” said Mark Agnew, the director of international policy at the Canadian Chamber of Commerce. “The gap,” he added, “is for small and medium-sized businesses” — they often lack the time, resources and expertise to figure out how to compete in Asia.

Sometimes it’s just easier to focus on English-speaking customers in North America, where the rules are familiar.

“It takes a little while to … start to notice benefits from any trade agreement,” said Meredith Lilly, a former adviser in Stephen Harper’s office when the original TPP was negotiated by the previous Conservative government. “The government can set the table, but others need to take it up.”

“This was largely a defensive deal for Canada,” she said — a way into a large trading bloc that Canada needed to join so customers and suppliers didn’t slip away.

Asian imports to Canada, like textiles or electronics, already had low or no tariffs. Clothing from Vietnam won’t significantly drop in price now, for example.

These new trading relationships have “longer term, more nebulous gains,” Lilly said. But as more and more countries join — Colombia, Thailand, South Korea and even a post-Brexit United Kingdom are interested — the deal’s higher labour, environmental and intellectual property standards could become the regional norm, something which is in Canada’s interests.

There aren’t many hot economies these days. But Vietnam’s one of them.

Brian Kingston of the Business Council of Canada sees a sound, long-term strategy in trying to get Canada in there early.

Vietnam’s “not quite on par with what China’s achieved,” he said, “but you can see them following that path” of growing and developing very quickly.

“In 10 to 15 years from now, this could become a very valuable market.”

“We’re way better off and way more competitive on the 30th of December than we would be on Dec. 29,” International Trade Diversification Minister Jim Carr told CBC News on Parliament Hill before leaving for the holiday break.

2018-12-30
Previous Post: Space tech that feeds high-end diners in Toronto could help Canada’s North
Next Post: In wake of Khashoggi killing, Mohamed Fahmy has little optimism for journalism in 2019