With his long face and expressive grimaces, Federal Reserve chair Jerome Powell might have played a powerful Ebenezer Scrooge, the repentant anti-hero of Charles Dickens’s A Christmas Carol.

Certainly that is how stock markets seemed to see him yesterday after the U.S. central banker hiked rates for the fourth time this year.

Powell and his team of advisers did repent somewhat, saying there would likely only be two rate increases in 2019 instead of the anticipated three. But that apparently didn’t satisfy the Dow Jones Industrial average.

Initially, the markets went up after the central bank released its statement revealing that, as expected, it was raising rates again, for a total hike of one full percentage point for the year.

But as Powell responded to reporters’ questions in the news conference that followed, the Dow steadily declined by 700 points. By the end of the day, the index had hit its low for the year.

The decline was described as the worst response to a rate hike since 1994, when the Fed of that time raised rates 2.5 percentage points in a year.

However, it was not obvious exactly what the markets were responding to yesterday. Before the Fed announcement, most analysts said the rate hike was locked in and markets had already taken it into account. 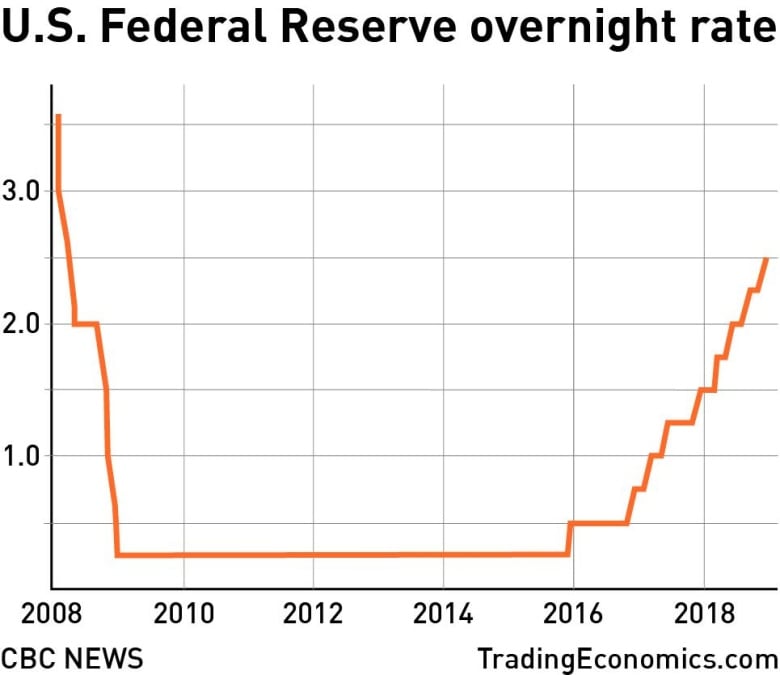 In fact, the two-stage process of a Fed release seemed to confirm that was true. Immediately after the printed document  came out at 2 p.m., showing that rates would indeed go up by a quarter point, the market began to climb.

Some of the analysis before Powell’s release had warned there could be consequences if he decided not to raise rates. According to that thinking, pulling back from a rate hike now would show the Fed had real fears for the economy.

But as Powell revealed in his news conference, that was absolutely not the case.

“Our forecast for next year is, I think, in keeping with most other forecasts — that we’ll still have solid growth next year, declining unemployment and a healthy economy,” Powell said.

Recession not in the cards

While economic growth won’t be as strong as the bumper year gone by, with its flood of tax cuts and fiscal spending, the economy in 2019 will be nowhere near recession.

Based on the expectations of the bankers who sit on the open markets committee that advises Powell, the median rate of growth in 2019 will be a healthy 2.3 per cent. Unemployment is expected to fall to 3.5 per cent. Inflation will remain around two per cent — right on target.

The relationship between the economy and markets is a strange one. Clearly, a strong U.S. economy is essential to business in the long term.

But it is well known that stock markets like low interest rates. In the short term, they may even prefer low rates to a strong economy. Since the 2008 credit crisis, each time the economy sagged and required interest rate cuts, the markets seemed to be the main beneficiary. 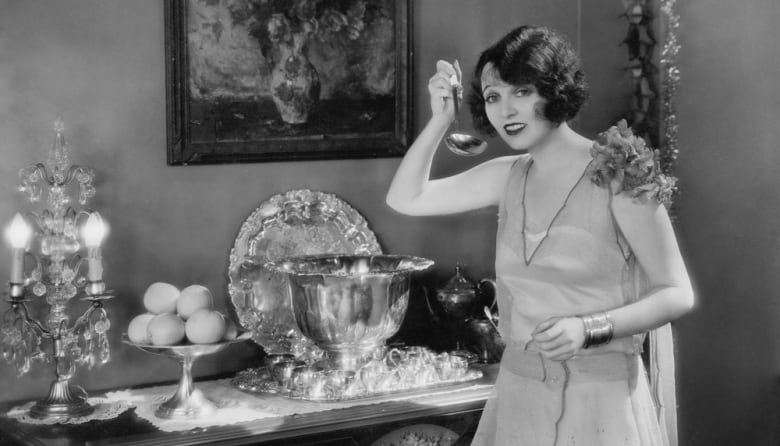 Markets don’t like it when central bankers take away the punch bowl. (Everett Collection/Shutterstock)

Bonds, too, shot up in value as interest rates fell.

As that process reverses, it is clear the people who own those stocks and bonds are feeling the pinch. It really is the classic case of the central banker taking away the punch bowl, especially when people like U.S. President Donald Trump have made it clear they would like the party to continue.

Do the right thing

If Powell is Scrooge, then perhaps the U.S. president has been playing the role of Jacob Marley, constantly rattling his chains and warning that the central banker should change his ways.

In the news conference, reporters asked repeatedly, and in different ways, if Powell would cave to the president’s demands to stop raising rates. Each time his answer was the same. A firm no.

“Political considerations have played no role whatsoever in our discussions or decisions about monetary policy,” Powell said in one response, never once mentioning Trump’s name. “Nothing will deter us from doing what we think is the right thing to do.”

That does not mean Powell and his advisers will be inflexible.

The Fed chair noted that Trump’s trade war is causing concern, although, so far, it’s difficult to tease that out in the financial data. The market declines, which Powell described as “financial tightening” and a “mood of angst,” could eventually have an effect on the wider economy.

But, like Trump’s outraged tweets telling Powell to desist, they could also be evidence of a painful process where speculative growth powered by easy money goes through an essential transition.

Future financial health depends not just on returns from rising asset prices due to low interest rates but on wise investments that create productive industries and well-paying jobs.

With luck, that is the transition we are going through now.

And if not, Powell and his advisers are ready to watch the data as it comes in and adjust the path of interest rates, following their mandate from Congress to try to keep employment and inflation on track in 2019.

2018-12-20
Previous Post: Trump signed off on Moscow project during campaign, Giuliani now says
Next Post: Year of change for Canadian sports fans in 2018 as media rivals stepped up to compete