In wake of Khashoggi killing, Mohamed Fahmy has little optimism for journalism in 2019

In a year that saw U.S. President Donald Trump continue his verbal attacks on certain news agencies, a high-profile journalist who was imprisoned in Egypt for more than a year says he’s not optimistic about what the new year may hold for the industry.

The past year also saw five journalists killed when a gunman attacked a newsroom in Maryland last June.

Fahmy told Common that despite his lack of optimism, he believes that Khashoggi’s death has strengthened calls for press freedom.

Here’s part of that conversation.

I know a lot of people, yourself included, will likely look at 2018 and think about it in terms of journalism as the year in which your colleague, Jamal Khashoggi, was murdered inside the Saudi consulate in Istanbul … What goes through your mind now thinking about that?

I was very pleased that Time Magazine has chosen my late friend Jamal to be on the cover because it sends a very clear message to leaders and governments who kill journalists that this cannot continue and that the world is watching.

Mr. Jamal was a friend of mine, at one point, and he had views that are very respected and he represented the values we Canadians stand for: democracy; press freedom.

I was really shocked when I heard that he was killed because it sends a very dangerous message that if you say what’s on your mind, if you fight for democracy, and if you don’t toe the government’s line, this could happen to you. So it is very important to keep his spirit alive. 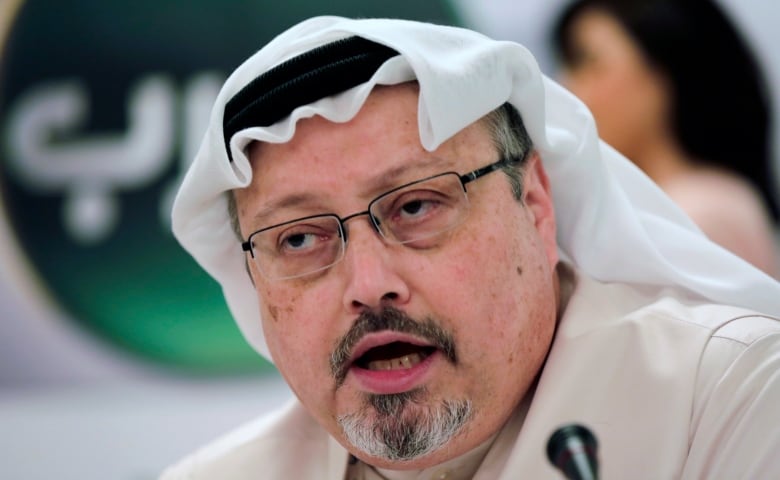 His blood is not in vain, sure. The good thing that came out of this is that governments like the U.S. and Canada have placed sanctions on certain Saudi officials. I hope his death is not in vain.

The death of Jamal Khashoggi, of course, happened in the same year that there was an attack on a newsroom in an American city, that journalists in the United States continue to be verbally attacked at political events, that we have seen a shift.

When you see the totality of that, what room is there for optimism?

I am generally a very optimistic person but I’m not optimistic, going into 2019, about the way governments are handling journalists.

What we’re seeing in the U.S. has actually made it even worse for western journalists and Canadian journalists who work in the Middle East.

Because for the longest time, when I covered Iraq and Syria and Libya, all these dictators would come out and say you journalists are spies or terrorists and it’s fake news and you don’t want to believe what CNN is saying.

Now the president of the United States is saying just that. So, when I watch Arabic channels, and I am in the Middle East at the moment, they’re saying that the head of the free world is now saying what we always said. 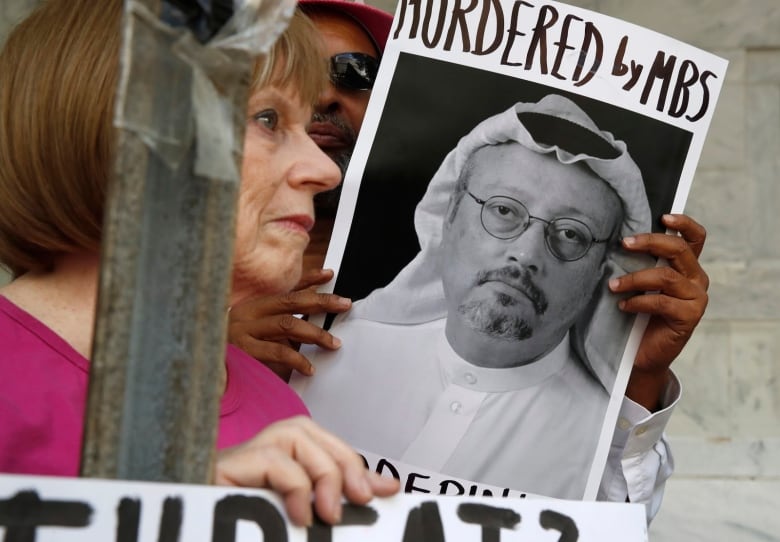 People hold signs during a protest outside of the Embassy of Saudi Arabia in Washington over the death of journalist Jamal Khashoggi. (Jacquelyn Martin/Associated Press)

I know you talk to [young journalists] just getting into the career. What do you tell them that gives them hope?

I lecture at [the University of British Columbia] and I speak to many students and I always tell them that you have to compare between news networks. You have to choose specific journalists that you trust, that are not public relations agents.

But I also tell these youth, especially the journalists who want to go out there and work, that there is no story worth dying for. You can be the best journalist in the world but if you don’t go back to file your story, that’s not the way it should be.

You don’t have to be on the frontline to make a name for yourself. There’s a lot of good stories that happen in areas that are not conflict zones.

This interview has been edited for length and clarity. To hear the full interview, click listen above.

2018-12-31
Previous Post: Why Canada raced to get in on the CPTPP trade deal
Next Post: Most of Newfoundland digs out from overnight storm, more blizzard conditions coming