Canada, U.K. in ‘informal talks’ on trade ahead of key Brexit vote

The United Kingdom’s high commissioner to Canada says informal talks that could lead to a U.K.-Canada free trade deal in as little as a year are underway — which could ease the economic uncertainty surrounding her country’s fraught debate over when and how it will exit the European Union.

A key vote on Brexit will be held in the British Parliament on Tuesday. High Commissioner Susan le Jeune d’Allegeershecque, the U.K.’s chief diplomat in Canada, said London wants to keep the disruption in its trading partnerships to a minimum.

“We can formally start negotiating a free trade deal on the day we leave the European Union,” she said in an interview airing Saturday on CBC Radio’s The House.

“These informal talks underline the importance of this relationship in a trade and economic sense,” she said, citing the fact that 40 per cent of Canada’s exports to the European Union go to the U.K.

“I think we’re both acutely aware of the potential negative impact of a cliff edge and nothing being in place to allow that [relationship] to continue.”

A trade deal between Canada and the U.K. would only come into effect in a year’s time if Parliament votes against British Prime Minister Theresa May’s Brexit plan — a vote that’s scheduled for January 15 — and goes ahead with a no-deal Brexit.

A no-deal Brexit would mean the U.K. cutting ties with the European Union overnight, without a transition period.

Great Britain is scheduled to leave the European Union at the end of March, and this New Year’s Day was filled with mixed emotions as the tumultuous Brexit situation is set to continue during the new calendar year. 2:11

If May’s deal is accepted, however, the U.K. would enter a two-year implementation period on March 29 during which the country would be free to negotiate new bilateral trade deals.

The lack of clarity on the Brexit path can be frustrating for Canadians with business interests in the U.K., d’Allegeershecque acknowledged.

“It’s not easy,” she said. “When people ask me what’s going on, at the moment it’s very difficult to predict what’s going to happen.

“The difficulty, of course, is that many Canadian businesses use the U.K. as a way into the rest of the European Union, and it’s that uncertainty that is very difficult for companies to deal with.”

Although Prime Minister May has said that a no-deal Brexit would be “the worst outcome,” the government is preparing for that possibility, d’Allegeershecque said.

“We’re working very hard with the Canadian government and ministries to put in place a sort of safety net in the event of a no-deal Brexit, so that business can continue unaffected.”

While Canada’s future trading relationship with the U.K. is still up in the air, d’Allegeershecque offered clarity on one issue: the U.K.’s support for Canada in its current dispute with China over the arrest of Huawei CFO Meng Wanzhou and the detention of Canadians Michael Kovrig and Michael Spavor.

“Our support for Canada and our concerns about the reciprocal action in China is pinned on the principle of upholding the rule of law,” she told the CBC’s Chris Hall.

“Obviously there are consequences to that, but the U.K. has never held back from calling out unacceptable behaviour.”

In December, the U.K. joined the U.S. in condemning China for an alleged series of cyberattacks the country’s Foreign Office described as a “widespread and significant” campaign targeting intellectual property and sensitive commercial data.

D’Allegeershecque said the U.K. chose to speak out “despite the possible negative implications” for the country’s relationship with China. 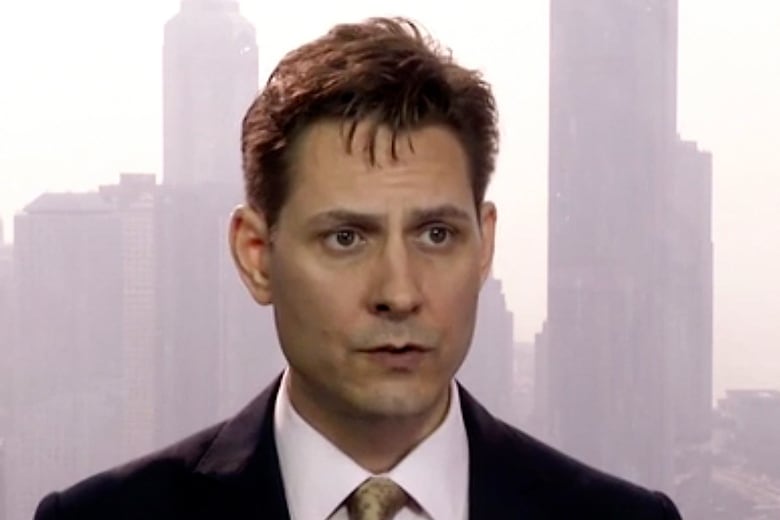 “We’ve seen what China has done to Canadian citizens. There’s always a risk that any government that feels slighted or badly treated will act in a way that’s detrimental to the interests of the other country. And we have … all sorts of links that are potentially on the table if a country wanted to retaliate. But I think it shouldn’t stop us doing the right thing.”

China’s ambassador to Canada, Lu Shaye, suggested this week in an op-ed in the Hill Times that Canada and its Western allies — Britain included — are demonstrating “Western egotism and white supremacy” in their approaches to China.

D’Allegeershecque said she doesn’t agree with the Chinese envoy.

“I think the rule of law was very clearly applied in Canada,” she said.

2019-01-12
Previous Post: Anatomy of a blunder: How Veterans Affairs quietly buried a $165M accounting error
Next Post: ‘Greed is a powerful weapon’: Are illegal kickbacks in Ontario driving up the cost of your generic drugs?