It’s been a pivotal year for tech, as more information has come to light about the dark side of the tools billions of people use on a daily basis.

And perhaps no company better epitomizes the current relationship between consumers and the world of tech than Facebook.

For the social media giant, 2018 has brought a scandal after scandal.

We’re too lax with handing over our information in return for a little convenience.– Jaigris Hodson, Royal Roads University

The company can’t seem to get through a month without yet another scandal breaking, said Philip Mai, the director of business and communications of the Social Media Lab in Ryerson’s University’s Ted Rogers School of Management.

“Facebook unwittingly allowed the Trump campaign to collect and misuse the personal data on millions of Americans,” explains Mai. “It failed to recognize the severity and impact of Russia’s disinformation campaigns, and ignored the fact that their platform was being used to stoke religious and ethnic violence in developing nations as well as extremism and white supremacy in the west.”

At the end of 2017, it was already becoming clear that social networks — designed to people connect — were causing major rifts, due to the rampant spread of fake news and propaganda.  On the precipice of another new year, those concerns are now documented beyond any reasonable doubt.

While the year’s clear stand out controversy was the Cambridge Analytica scandal, strife started almost as early as the year itself.

In January, Facebook announced changes to its newsfeed. The goal, they stated was to improve user experience and reduce the number of ads people see, but in practice it throttled the ability of small businesses and non profits to reach the people who wanted to hear from them, without paying up

From then on, like an exhausting game of whack-a-mole, controversies kept popping up. 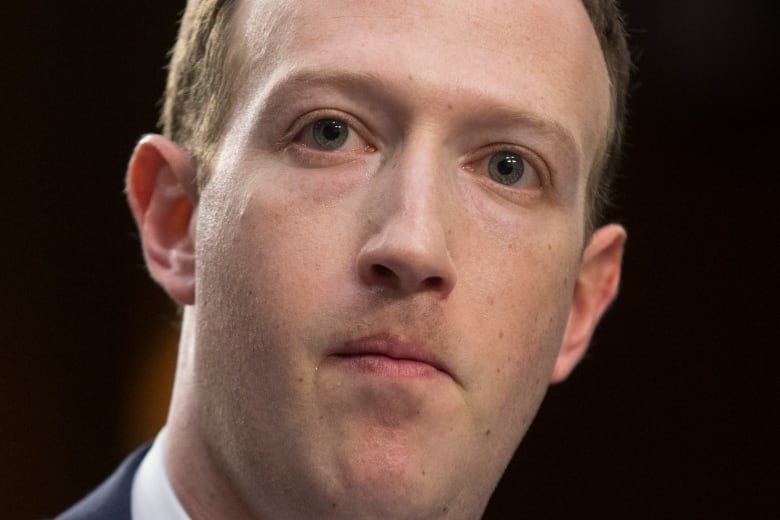 Facebook founder and CEO Mark Zuckerberg agreed that scrutiny is healthy given the vast number of people who use the platform worldwide, but he also asked that Facebook’s motives and actions not be misrepresented. (Michael Reynolds/EPA-EFE)

Critics cautioned that the social network was fuelling hate online, and offline as well, a warning sharply underscored by the use of platform by Myanmar military personal to bolster a systematic propaganda campaign that ultimately lead to forced migration and what UN officials have called genocide.

Despite all of this, the company is still allowed to regulate itself. For Jaigris Hodson, a professor at Royal Roads University, the main concern with Facebook is that the company’s leadership “have shown that they cannot be trusted to regulate themselves.”

With over two billion users, the size of the company is unprecedented — and subsequently, the access to data and the power associated with that is as well. And that means, the repercussions are equally massive when the tool is misused.

“For elected officials, journalists and citizens, one of the main concerns, that still must be resolved by Facebook, is how will the company prevent the misuse of the platform by bad actors: from spreading disinformation to using the platform to promote hate speech and engage in online harassment,” said Anatoliy Grudz, director of Ryerson University’s Social Media Lab.

According to Grudz, without tackling these issues heads on, Facebook will have a difficult time restoring the trust of users. 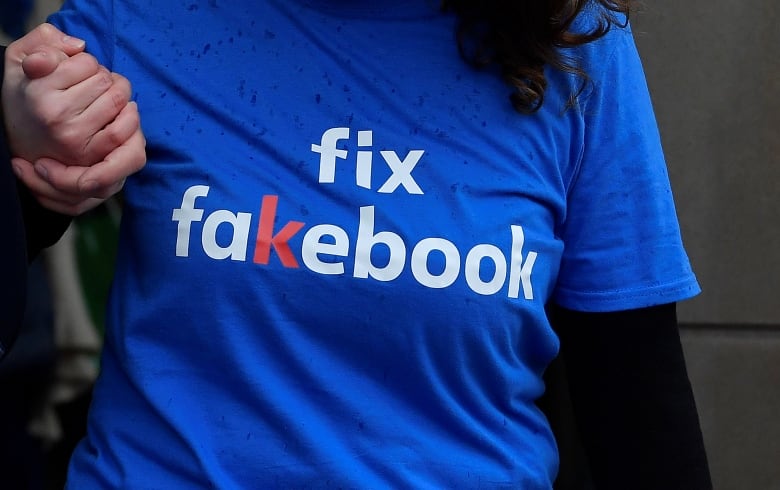 At the end of 2017, analysts were beginning to understand how social networks — designed to help people connect — were causing major rifts, due to the rampant spread of fake news and propaganda. On the precipice of 2019, those concerns are intensifying. (Toby Melville/Reuters)

So, just how much of an issue is declining trust in the platform?

According to  a Ryerson University report on social media and privacy in Canada published in June, the majority of Canadians are uncomfortable with their social media data being used by third parties.

On one hand, there are still a lot of people on the platform. The average user probably hasn’t seen much attrition in their online networks of friends.

Indeed, a Pew Research report released this month said more than 40 per cent of U.S. Facebook users between the ages of 18 and 29 deleted the app from their phone at some point in the past year. That being said, the company’s user base has continued to grow globally.

Amid the intricacies of Facebook’s missteps, some analysts are concerned the bigger picture is being missed.

For example, what about the ad-driven internet, the business model upon which the social media giant has been designed? What about the countless other companies keen to cash in on their collections of other people’s data? Or the companies that are actually paying Facebook to advertise, and in so doing, inflating the value of data and Facebook’s desire to amass it?

“The shaping of information that people have access to has implications for democracy, security, community, even health,” said Hodson. “We need to call into question how much we trust companies to collect our data and manage information.”

What’s more, worries Hodson, users grown complacent. We’re too lax with handing over our information in return for a little convenience. When enough information is collected, and messages are targeted in the right way, people can be manipulated.” 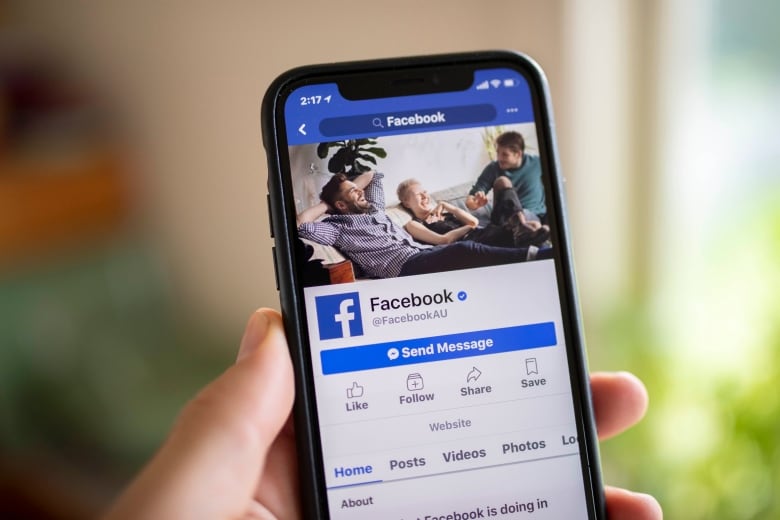 A new Pew Research report says that young adults in the U.S. who use Facebook are particularly likely to have deleted the app from their phone at some point in the past year. Globally, however, the company’s user base continues to grow. (Glenn Hunt/EPA-EFE)

And sure, many social media users may think they’re smarter than that, but the fact is that with enough information on users’ habits, likes, and dislikes, everyone’s psychology can be hacked.

“When we focus on Facebook, we miss the fact that all of the privacy and information scandals entered on Facebook are just the canary in the coal mine of this data economy,” Hodson said.

In response to criticism, founder Mark Zuckerberg recently posted, “I understand there is a lot of scrutiny on how we run our systems.” While he agreed that scrutiny is healthy given the vast number of people who use the platform, worldwide, he also asked that Facebook’s motives and actions not be misrepresented.

As much as this has been a pivotal year for tech companies, users could be at a turning point.

Some civil rights groups are demanding that Facebook’s executives must step down, and other organizations are pushing for a digital bill of rights to protect consumers.

Arguably, as a collective, the digital behemoth’s two-billion-plus user base yields great power to push for change.

How users might wield that power has yet to be seen. Perhaps 2019 will offer a glimpse.

2018-12-22
Previous Post: Year of change for Canadian sports fans in 2018 as media rivals stepped up to compete
Next Post: Off, up and away: Ottawa gives astronauts extra holiday time, perks in new contract